Home > Blog>Pets>Is It Time to Add A Pet to Your Life? 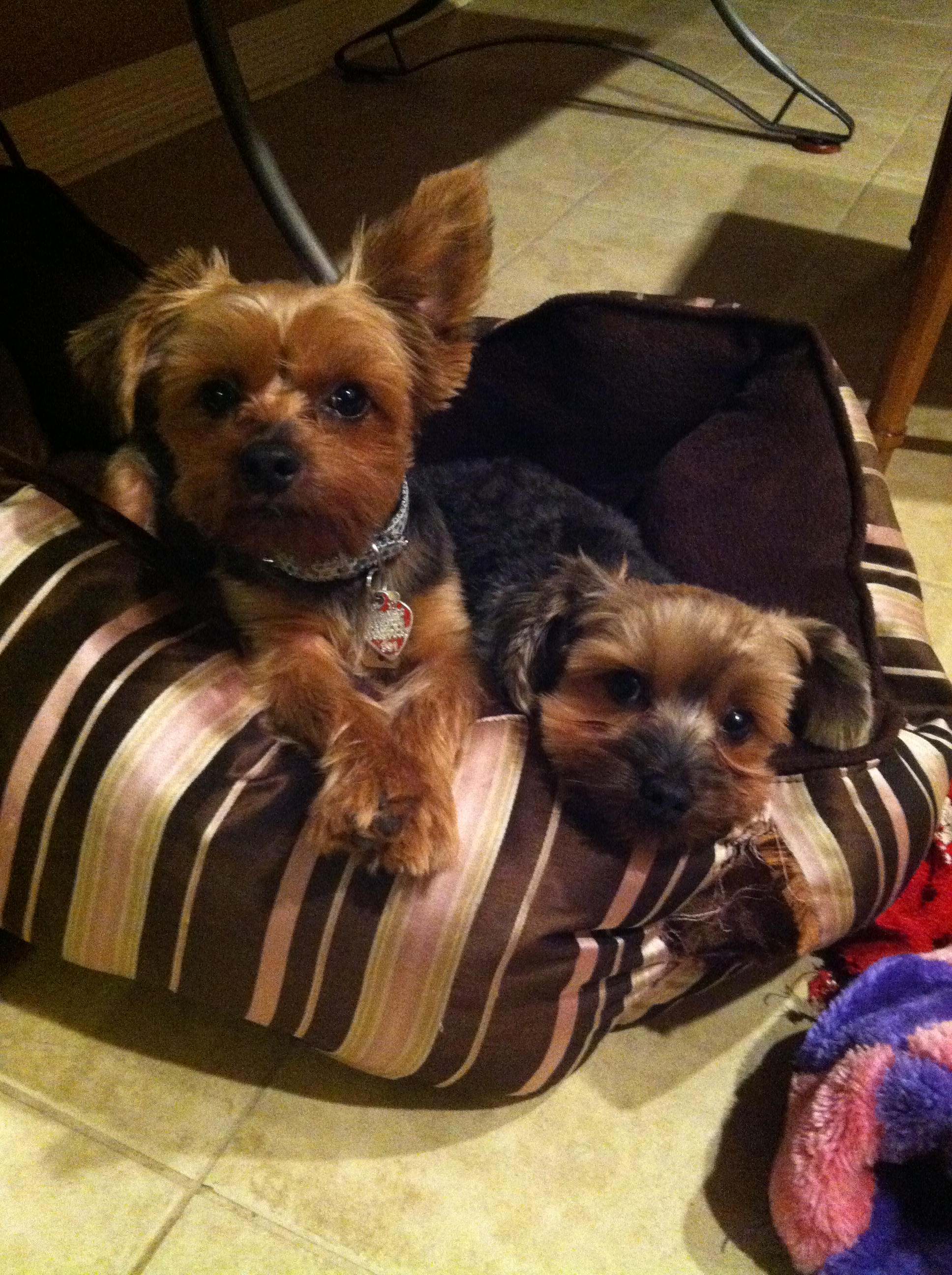 It took me two years to recover from losing two pets one month apart. Pepper, a Chow Chow, passed from old age (14 still doesn’t seem to be old to me), and Daisy, a Rottweiler, contracted cancer at the tender age of 5.

Two years later my brother-in-law announced that his fiancee’s Yorkshire Terrier was expecting. My husband and I discussed whether or not bringing a new four-legged baby into the family would be a good match.

Since I operate my business from home, caring for a new family member seemed to not be a concern. However, I knew that there would be some interruptions, but I couldn’t help being excited. We decided to adopt.

Two months after the three Yorkie siblings (two boys, one girl) were born, my brother-in-law and his fiancee brought our new boy to my home. He was tiny and had that new puppy smell that we all know and love. The other boy was adopted, but the girl still didn’t have a home, and she was brought along so as not to leave her unattended.

I picked up the boy and hugged him. He was sleepy and seemingly didn’t care about the transfer of ownership. Then, I looked at the harness around the fiancee’s body.

“This is the girl,” said the fiancee. The fiancee handed the small bundle to me. I lifted her to my face, and she licked my cheek. Instantly, she was mine. I asked my husband if we could keep her, but I only asked because he was standing next to me. His response didn’t matter; her kiss was an instant bond.

This year Mae and Pepi celebrated their fifth birthday. We’ve experienced a lot together, much more than I ever thought possible when they became mine.

I’ve never owned pets needing doctor’s care, so when Pepi’s seizures began, I had no idea what was happening. His medical bills to address it, along with kidney stones that occurred a few years later, totaled over $10,000. It’s understandable that many people cannot cover such a cost. I could not abandon him and paid the charges through my retirement money. Pepi’s love, spirit, and companionship is priceless, and the same is true about Mae who knows when I’m sad and calms me by – you guessed it – licking my cheeks.

Owning a pet of any type is a lifestyle choice. They have to fit into your life at the time you commit to ownership, and you must be prepared to go the distance with them no matter what occurs.

It’s okay if your lifestyle does not permit a pet to enter your life. However, if you are ready, be prepared for love and companionship that’s unmatched by anything you can imagine.