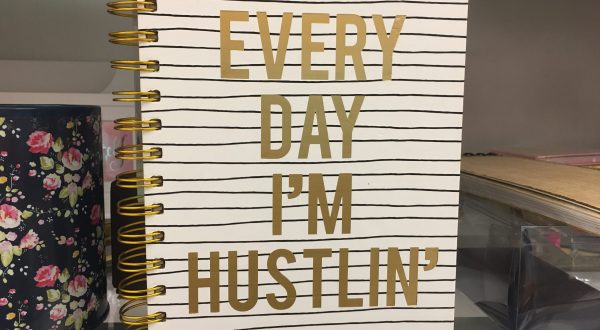 It had been a long week of work, and as usual at 5:00 pm in New York City, the mass exodus from Wall Street firms began as we employees walked from as far down as Front Street up to Church Street where the World Trade Center stood.

If you wanted to get home, you had to walk in that direction to board buses and trains. The other direction deposited you into the East River.

It was 1985, and I was working at a commercial bank on Water Street. The work was easy, and commuting from New Jersey to New York fit my lifestyle.

As I walked toward transportation on the mostly cobblestone streets, I noticed a man standing in the middle of one street, directly in front of temporary construction.

His appearance blended with the setting – a shirt, khakis, shoes, and bomber jacket.

Many men approached the man very casually, yet briefly as they continued walking.

No words were spoken between them.

I kept my eyes on the scene in curiosity and noticed quick hand-to-hand transactions between the men.

It took me five seconds to realize what was happening.

Those transactions were drug sales.

Money given, drugs taken at a rapid pace.

I walked passed the supplier and said to myself, “He’s making more money right now than I made this whole week.“

That might not have been true. He may have made more money in one hour than I made all week.

Where to put your focus

It doesn’t matter whether you or I approve of this supply and demand. The morale of this story is that if you are thinking of being an entrepreneur, focus your business on an in-demand product or service.

You may have heard a phrase similar to, “Do what you love, and the money will come.”

That is unfortunately untrue for some entrepreneurs.

If you make macaroni and cheese that people swoon over, that’s great, but do not make the mistake of opening a restaurant based on that one dish. There’s a lot of logistics, operational procedures, and money involved with being a restaurateur, and that goes far beyond buying pasta and cheddar.

You don’t even have to use the product or service. The makers of extreme candy, that harsh-tasting stuff (harsh to my taste buds) that skateboarders and BMX bikers buy probably do not eat the product, but they make and sell it to earn millions in revenue every year.

There’s usually one person in each session of my online Start Your Own Gift Basket Business course that peppers me with question after question. Such a person may be overwhelming to some instructors, but I know that this person is digging deep to tie every possible loose end together before she starts her business.

That’s the person who’s team I’d join; an entrepreneur who’s not just starting a “hope it works” business. She’s preparing with a vision for a long-term operation.

There are many types of products and services that sell as briskly as what the guy standing in front of the Wall Street construction sold.

What will you choose, and how will you make sure that your decision is sound?